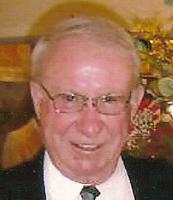 Morrison, Gerald L. of Lockport, NY passed away on Tuesday October 18, 2011 at home. Born January 5, 1935 in Mount Forest, Ontario, Canada, he was the son of Allen and Margaret Lennox Morrison. Gerald married Susan Luskey on October 15, 1966 and they recently celebrated their 45th Anniversary. He attended Gasport Elementary School, Royalton-Hartland High School and graduated from Erie County Technical Institute in 1957 with a degree in mechanical technology. In 1980, he graduated from Pace University in Pleasantville, NY with a Degree in Business and received his Masters in Business in 1984 from University of New Haven, CT. He worked for Linde Air, division of Union Carbide Corporation (UCC) in North, Tonawanda in heat transfer research. Gerald designed and supervised the construction of a large computer data center in Tarrytown, NY for UCC and moved to Yorktown, NY in 1972 to manage the data center, retiring in 1984. He served as Director of Information Systems for Metropolitan Transportation Authority in NYC from 1986 to 1991 and was an Information Systems Consultant from 1991 to 2003. His family was most important to him. He truly enjoyed his grandchildren, brothers and cousins. Gerald enjoyed sports and was a Bills and Sabres fan. He is survived by his wife, Susan M. Morrison, his children; Mark Morrison (Virginia), Michael Morrison (Corey) and Melinda Morrison Scales (Bryan), five grandchildren; Aiden, Ciara and Jack Scales and Brady and Cooper Morrison, two brothers; Donald (Ruth Ann) and Robert (Sylvia), sister in law and brother in law, Jane and Don Corser and several nieces and nephews. He was predeceased by his brother John. Friends may call on Friday 3:00  7:00 PM at Lange Funeral Home, Inc., 186 East Ave., Lockport, NY, where funeral services will be held on Saturday at 10:00 AM. Interment in Acacia Park Cemetery. In lieu of flowers, memorials may be made to Roswell Park Cancer Institute or Niagara Hospice, Inc. Condolences may be offered to the family at www.langefuneralhomeinc.com.