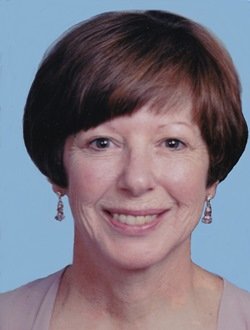 Please share a memory of Thelma to include in a keepsake book for family and friends.
View Tribute Book

Thelma McIntosh Walker, 77, of Lockport, NY, died Saturday, May 18, 2019, at Saranac Village at Will Rogers in Saranac Lake, NY, where she had resided for the past year.

Born in Lockport on November 18, 1941, she was the daughter of John E. and Thelma Ulrich McIntosh.

Thelma attended Lockport Senior High School, where she was known to friends as “Mickey,” and graduated with the Class of 1959. She then enrolled in the medical office assisting program at Erie County Technical Institute, served as class secretary for two years and graduated in 1961.

Thelma raised three sons from her first marriage – Andrew, Daniel and Christopher – in Lockport. She later went back to school and studied office technology at Niagara County Community College. Thelma worked for M&T Bank for more than 25 years, serving as an executive secretary to the bank’s top administrators in Buffalo, before retiring in 2013.

On Valentine’s Day in 1991, Thelma married James Walker, who she had met while working at General Physics Corporation of Lockport. They shared 26 wonderful years together: traveling often to visit family, spending time with their grandchildren, and enjoying life at home on Walnut Street with their beloved dog, Sandy.

After Jim passed away in 2017, Thelma moved to Saranac Lake to be closer to her grandchildren. She became a fixture at their concerts, plays, dance recitals and baseball games. The kids treasured visits with their “Grammy Walker.” She also made new friends during her time at Will Rogers.

Thelma was a sweet, kind and loving wife, mother, grandmother, sister and aunt. She enjoyed collecting antiques, cross-stich, reading and researching her family’s history and genealogy.

Calling hours will be held from 4 to 6 p.m., Thursday, May 23 at LANGE FUNERAL HOME, INC. 186 East Ave., Lockport, NY, with a funeral service to follow at 6 p.m. at the funeral home. Burial will be private.

In lieu of flowers, those wishing to remember Thelma McIntosh Walker may make a contribution to the Saranac Lake Voluntary Health Association, 75 Main St., Suite 2, Saranac Lake, NY 12983, or a charity of one's choice. Condolences may be offered to the family at langefuneralhomeinc.com.

To send flowers to the family or plant a tree in memory of Thelma Walker, please visit Tribute Store
Thursday
23
May

Share Your Memory of
Thelma
Upload Your Memory View All Memories
Be the first to upload a memory!
Share A Memory
Send Flowers
Plant a Tree