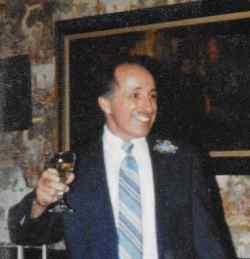 Obituary of Frederick A. Giovino

Frederick A. Giovino of North Tonawanda, NY passed away on Sunday June 23, 2019 at Niagara Hospice House. Born on June 10, 1927 in Buffalo, he was the son of Nicholas and Jennie Battaglia Giovino. Mr. Giovino was a retired OSHA Inspector for the Federal Government. He and his wife, the former Angela Giambrone were married on April 14, 1951. He enjoyed gardening, woodworking and making wine.

Services and burial in Acacia Park Cemetery will be private and at the convenience of the family.

Share Your Memory of
Frederick
Upload Your Memory View All Memories
Be the first to upload a memory!
Share A Memory
Plant a Tree