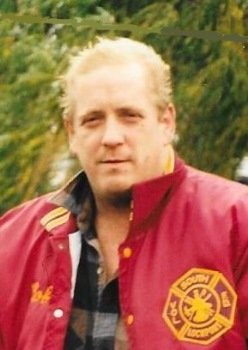 Robert L. Hamilton of Lockport, NY passed away unexpectedly on Saturday, July 6, 2019 in Millard Fillmore Suburban Hospital. Born on January 6, 1961 in Lockport, he was the son of Carole Blake Hamilton and the late Lynn R. Hamilton. Rob graduated from Alfred State College where in 1980, he was All American in the 400 Medley Relay. He had previously worked for Royal Crest Construction Company from 1984 – 2012 where he received Quality Craftsman and lastly at Conley Construction in Elma. Rob was an exempt member of South Lockport Fire Company where he was an EMT, Certified Smoke Diver and served as Past President, Vice President and Trustee. He was an active volunteer for almost 20 years. He was a lifetime member of the Fishermen’s Association, coached YMCA Girls Swim Team from 1982 – 1984 and enjoyed bowling, golfing, fishing and hunting.

Friends may call on Thursday July 11th 4-8 PM at LANGE FUNERAL HOME, INC. 186 East Ave., where funeral services will be Friday at 11 AM. Interment in Cold Springs Cemetery. In lieu of flowers, memorials may be made to JDRF or South Lockport Fire Co. Condolences may be offered to the family at langefuneralhomeinc.com.

To send flowers to the family or plant a tree in memory of Robert Hamilton, please visit Tribute Store
Thursday
11
July