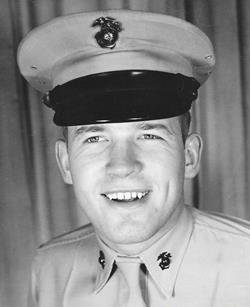 Please share a memory of David to include in a keepsake book for family and friends.
View Tribute Book

David P. Callahan of Lockport, NY passed away on Friday August 16, 2019 in Elderwood of Lockport. Born on February 21, 1933 in Binghamton, NY, he was the son of the late Samuel and Lena Belle Walker Callahan. David served in the United States Marine Corps from 1953 – 1956 and married the former, Joan Laux on July 19, 1958. In 1982, he retired from the U.S. Postal Service in Cheektowaga and worked part-time as a school bus driver in the Akron school district. He raised his family in Wolcottsville and was an active member of St. Teresa of Avila Church in Akron until he moved to Lockport when he became an active member of St. Mary’s. David enjoyed Beekeeping, gardening and tending to his fruit trees.

Friends may call on Tuesday Aug. 20th 2-4 PM at LANGE FUNERAL HOME, INC., 186 East Ave. where a funeral service will follow at 4 PM. Memorials may be made to the SPCA or American Heart Association. Condolences may be offered to the family at langefuneralhomeinc.com.

To send flowers to the family or plant a tree in memory of David Callahan, please visit Tribute Store
Tuesday
20
August

Share Your Memory of
David
Upload Your Memory View All Memories
Be the first to upload a memory!
Share A Memory
Send Flowers
Plant a Tree