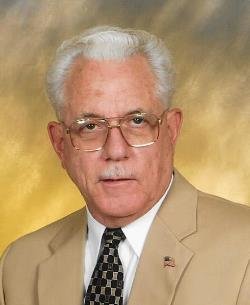 Please share a memory of John to include in a keepsake book for family and friends.
View Tribute Book
John E. “Mac” McIntosh, Jr. of Lockport, NY passed away on Wednesday, January 29, 2020 in Niagara Hospice House. Born on May 25, 1939 in Lockport, he was the son of the late John E. and Thelma (Ulrich) McIntosh. After graduating from Lockport High School and State University of New York at Delhi, John married Dorothy Chambers on August 7, 1960. In 1959, he joined his father and brother in the family business of McIntosh & McIntosh. Today his son, John McIntosh III owns the business. Licensed Land Surveyor in 15 states, he received the Surveying Excellence Award from the National Society of Professional Land Surveyors. He was president of Niagara Frontier Land Surveyors Association and also president of the New State Land Surveyors Association. An active member of First English Lutheran Church, he served as president for many years. John and his brother developed Highland Glens Recreational Community in Wyoming County. He was a scoutmaster and on the executive board of the Lewiston Trail Council. He was on the advisory committee at Paul Smiths College for their surveying curriculum. Dedicated to his family and profession, he was still working at 80 years old. John was an avid sportsman, hunter and conservationist with many local and national memberships and activities. Surviving are his wife, Dorothy “Dotty” McIntosh; four children, John E. “Jay” (Mary) McIntosh III, Heather (Stan) Noon, Jennifer (Jim) Quinones and Monica Zolovick; eleven grandchildren, Myriah (Michael) Meyer, Jessica (Cory) Crawford, John “Jed” McIntosh IV, Mallory (Pete) Frischholz, Jordan (Tyler) Walker, James and Joshua Quinones and George, Ryan, Nicholas and Madeline Zolovick; five great grandchildren, Tucker and Maverick Crawford, Peyton and Savannah Meyer and Molly Walker; sister, Sylvia (Martin) Shaft and several nieces and nephews. Predeceased by his siblings, Douglas McIntosh and Thelma Walker. Friends may call on Monday, February 3rd 3-7 PM at LANGE FUNERAL HOME, INC., 186 East Ave., Lockport. A Funeral Service will be held on Tuesday at 10 AM at First English Lutheran Church, 185 Locust St. Lockport. Memorials if desired may be made to the church or Niagara Hospice, Inc. Condolences may be offered to the family at langefuneralhomeinc.com.
To send flowers to the family or plant a tree in memory of John McIntosh, Jr., please visit Tribute Store
Monday
3
February

Share Your Memory of
John
Upload Your Memory View All Memories
Be the first to upload a memory!
Share A Memory
Send Flowers
Plant a Tree