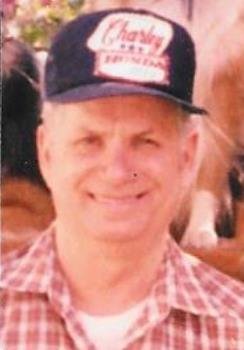 Please share a memory of Charles to include in a keepsake book for family and friends.
View Tribute Book
Charles E. Worden of Lockport, NY passed away on Monday, May 11, 2020 in Buffalo General Hospital. Born on February 28, 1933 in Lockport, he was the son of the late Wallace and Hazel (Dunn) Worden. Mr Worden served in the U.S. Army from 1953 – 1955 and married the former Gertrude Alexander on August 20, 1955. He worked as a material handler for Harrison Radiator for 30 years, retiring in 1993. He enjoyed camping and taking dog obedience classes where he obtained several awards. Surviving are his wife, Gertrude Alexander Worden; two children, John C. Worden and Sue (Steven) Hagen; four grandchildren, Jeremy, Michael and Christine Worden and Steven Hagen and two great grandchildren. He was predeceased by siblings, Irene Sterling and Wallace Worden Funeral services will be private with burial in Cold Spring Cemetery. Memorials may be made to the Alzheimer’s Association. Condolences may be made to the family at langefuneralhomeinc.com.
To plant a beautiful memorial tree in memory of Charles Worden, please visit our Tree Store

A Memorial Tree was planted for Charles
We are deeply sorry for your loss ~ the staff at Lange Funeral Home, Inc
Join in honoring their life - plant a memorial tree
Online Memory & Photo Sharing Event
Online Event
About this Event

Look inside to read what others have shared
Family and friends are coming together online to create a special keepsake. Every memory left on the online obituary will be automatically included in this book.
View Tribute Book
Services for Charles Worden
There are no events scheduled. You can still show your support by planting a tree in memory of Charles Worden.
Plant a tree in memory of Charles

Share Your Memory of
Charles
Upload Your Memory View All Memories
Be the first to upload a memory!
Share A Memory
Plant a Tree