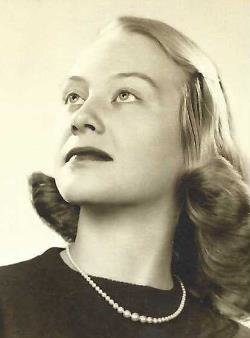 Please share a memory of Thea to include in a keepsake book for family and friends.
View Tribute Book
Thea Hansen Brandt passed away on Thursday, November 26, 2020 at home after a long illness. Born February 27, 1930 in Beaver Dam, Wisconsin, she was the daughter of Meta (Weckwerd) and Reynold Hansen. She attended the University of Wisconsin at Madison and was a graduate of Prospect Hall College. Active in community affairs, Thea had been a member and served on the Board of Directors of DeSales Parents Guild, the Lockport YWCA, Lockport Concert Association, Red Cross, the Niagara Education Foundation, Friends of the Library for the Lockport Public Library and Zonta Club of Lockport. In 1981 she received a Brotherhood Award from the National Conference of Christians and Jews. She was named an Honoree of the International Women’s Decade of the United Nations by the YWCA. Thea was proud of her Danish heritage and maintained close ties with her family in Denmark. She enjoyed traveling and visiting with her children and grandchildren. She and her husband Al took several trips to Europe and Denmark where they spent time with her many cousins. She is survived by her husband, Albert R. Brandt; her four children and nine grandchildren: son Thomas of Lockport (Erik of Racine, WI, Dr. Emily of Los Angeles, Katie of Buffalo); daughter Liza (William) Thelemann of Frederick, MD (Charles of Durango, CO, Audrey of New York City); daughter Kirsten (John) Cribb of Spartanburg, SC (Molly and Sarah of Spartanburg, SC); and son James (Jennifer) of Frisco, TX (Owen and Neil of Frisco, TX). She is also survived by her sister Kristine Kennedy of Madison, WI and nephew Bryan Wheeler of Beaver Dam, WI. Preceded in death by a sister, Gloria Wheeler. Private services will be held at the convenience of the family. Interment will be at Cold Springs Cemetery. In lieu of flowers, donations to the Lockport Public Library and Zonta Club of Lockport would be appreciated. Condolences may be offered to the family at langefuneralhomeinc.com.
To plant a beautiful memorial tree in memory of Thea Brandt, please visit our Tree Store

A Memorial Tree was planted for Thea
We are deeply sorry for your loss ~ the staff at Lange Funeral Home, Inc
Join in honoring their life - plant a memorial tree
Online Memory & Photo Sharing Event
Online Event
About this Event

Look inside to read what others have shared
Family and friends are coming together online to create a special keepsake. Every memory left on the online obituary will be automatically included in this book.
View Tribute Book
Services for Thea Brandt
There are no events scheduled. You can still show your support by planting a tree in memory of Thea Brandt.
Plant a tree in memory of Thea

Share Your Memory of
Thea
Upload Your Memory View All Memories
Be the first to upload a memory!
Share A Memory
Plant a Tree