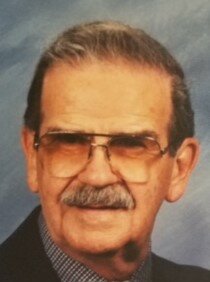 Please share a memory of Charles to include in a keepsake book for family and friends.
View Tribute Book
Charles John “Jack” Yaeger, Jr., of Lockport, NY, passed away on Sunday, November 21, 2021, in Mercy Hospital of Buffalo. Born on March 18, 1927, in Lockport, he was the son of the late Charles John and Catherine (Lacey) Yaeger. Jack proudly served in the U.S. Marine Corp during WWII in the Pacific Theater. He participated in the Honor Flight Buffalo, October 18, 2014. Accompanied by his daughter-in-law, Kristin, he was the oldest veteran on that trip and the only Marine. Jack married the former, Mary Ann Bush on June 25, 1955. He was a self-employed local general contractor for over 50 years. Jack actively played and excelled at golf, tennis, bowling and skiing and owned and piloted his own plane out of Royalton, NY. Jack is survived by his wife of 66 years, Mary Ann Yaeger; four children, Pete (Lee Ann), Peggy (Edward) Wall, Patricia (Jimmy) Perry and John (Kristin); Five grandchildren, Lacy (Daniel) Clark, Jacob Yaeger, Brittany (Mark) Shugar, Kaitlin Yaeger and Michael Yaeger; three great-grandchildren, Kaylee and Caura Clark and Layne Shugar and several nieces and nephews. Predeceased by his siblings, Dorothy Glassner and William and Robert Yaeger. Private funeral services will be held at the convenience of the family. Interment in St. Mary’s Cemetery. Condolences may be offered to the family at langefuneralhomeinc.com.
To plant a beautiful memorial tree in memory of Charles Yaeger, Jr., please visit our Tree Store

A Memorial Tree was planted for Charles
We are deeply sorry for your loss ~ the staff at Lange Funeral Home, Inc
Join in honoring their life - plant a memorial tree
Online Memory & Photo Sharing Event
Online Event
About this Event

Look inside to read what others have shared
Family and friends are coming together online to create a special keepsake. Every memory left on the online obituary will be automatically included in this book.
View Tribute Book
Services for Charles Yaeger, Jr.
There are no events scheduled. You can still show your support by planting a tree in memory of Charles Yaeger, Jr..
Plant a tree in memory of Charles

Share Your Memory of
Charles
Upload Your Memory View All Memories
Be the first to upload a memory!
Share A Memory
Plant a Tree