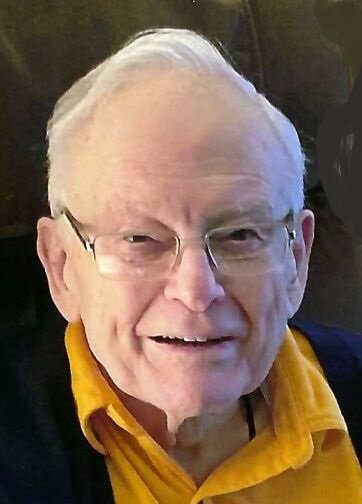 Please share a memory of Donald to include in a keepsake book for family and friends.
View Tribute Book
Donald R. Fogle of Lockport, NY passed away on Saturday, April 2, 2022, in Elderwood of Lockport at the age of 98. Born on March 29, 1924, in Lockport, he was the son of the late George and Helen Stimson Fogle. Don proudly served in the U.S. Army during WWII. Employed by the State of New York as a welder, he worked on the Erie Barge Canal, retiring in 1986. Don played the saxophone in various jazz bands and with The Harmonicoots and was the leader of the Don Fogle Orchestra. He was a member of the Lockport Federation of Musicians Union for many years and an avid hockey fan. Predeceased by his wife, Kathleen D. Fogle, in 2002, and siblings, Robert, James, and Jack. He is survived by nieces and nephews, Marjorie (John) Kenney, Jean (William) Edminster, Peter (Mary Jane) Fogle, Kim (William) Callahan and Rusty (Linda) Fogle and several great nieces and nephews. Burial in Cold Springs Cemetery. Condolences may be offered to the family at langefuneralhomeinc.com.
To plant a beautiful memorial tree in memory of Donald Fogle, please visit our Tree Store

A Memorial Tree was planted for Donald
We are deeply sorry for your loss ~ the staff at Lange Funeral Home, Inc
Join in honoring their life - plant a memorial tree
Online Memory & Photo Sharing Event
Online Event
About this Event

Look inside to read what others have shared
Family and friends are coming together online to create a special keepsake. Every memory left on the online obituary will be automatically included in this book.
View Tribute Book
Services for Donald Fogle
There are no events scheduled. You can still show your support by planting a tree in memory of Donald Fogle.
Plant a tree in memory of Donald

Share Your Memory of
Donald
Upload Your Memory View All Memories
Be the first to upload a memory!
Share A Memory
Plant a Tree