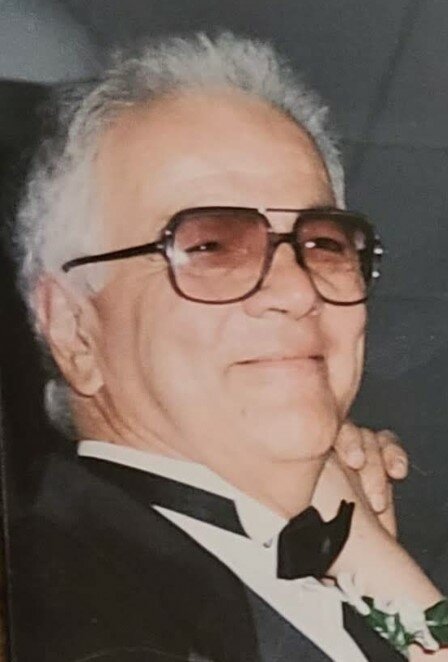 Please share a memory of Salvatore to include in a keepsake book for family and friends.
View Tribute Book
Salvatore J. “Sam” Mattina of Pendleton, NY, passed away on Wednesday, April 13, 2022, in Orchard Manor. Born on October 1, 1931, in Buffalo, he was the son of the late Charles and Gerlanda (Rizzo) Mattina. He worked as a union electrician for IBEW Local 41 retiring in 1997. He was a member of Pendleton Center United Methodist Church and Wendelville Volunteer Fire Company for 43 years. Sam’s grandchildren and great-grandchildren brightened his world beyond words. He enjoyed spending time in his garden and was known as a jokester. Predeceased by his wife, Julia in 2012, and sister Mary Marmo, he is survived by his children; Charles (Doreen), Ralph (Colette), Salvatore “Sam” (Kimberly), Joseph (Beatrice) and Jerryl Kinley; 9 grandchildren, Salvatore “Sam” (Amber), Antonio “AJ”, Dalton, Andrew (Brianna), Amanda, Jenna, Tom (Michelle), Kristen (Jeff) and Gina (Jeremy): great grandchildren, Giavanna, Salvatore and the precious little one due in September and several nieces and nephews. The family will be present to receive friends on Friday 3:00 -7:00 PM at LANGE FUNERAL HOME, INC., 186 East Ave., Lockport. Funeral services will be held on Saturday April 16th at 10:00 AM from Pendleton Center United Methodist Church, 6864 Campbell Blvd., Pendleton, NY. Interment in Evangelical Protestant Cemetery. Memorials may be made to the church or the fire company. Condolences may be offered to the family at langefuneralhomeinc.com.
To send flowers to the family or plant a tree in memory of Salvatore Mattina, please visit Tribute Store
Friday
15
April

Share Your Memory of
Salvatore
Upload Your Memory View All Memories
Be the first to upload a memory!
Share A Memory
Send Flowers
Plant a Tree