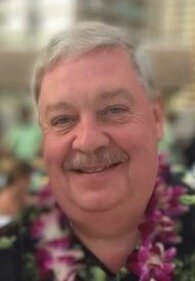 Obituary of Garry A. Jennings

Please share a memory of Garry to include in a keepsake book for family and friends.
View Tribute Book
Garry A. Jennings of Gasport, NY, passed away on Sunday, December 4, 2022, in Buffalo General Hospital surrounded by his family. Born on February 8, 1957, in Lockport, he was the son of late John, Sr. and Phyllis (Schrader) Jennings. Garry was a schoolteacher and taught for 32 years, the last 17 in Medina. He enjoyed his time with family in the Thousand Islands, was an avid hunter, fisherman, lifetime Bills fan and Three Stooges fan. Survived by his wife of 40 years, Judy (Saraf) Jennings; three children, Laura, Brian (Patrice) and Kevin (Lauren) Jennings; four grandchildren, Wyatt, Easton, Paxton, and Cayson Jennings and brother, John (Beth) Jennings. Also survived by many other family members. Friends may call on Wednesday, Dec. 7th from 2-4pm & 6-8pm at LANGE FUNERAL HOME, INC., 186 East Ave., where funeral services will be held on Thursday at 10:30 am. Interment in Cold Springs Cemetery. In lieu of flowers, memorials may be made to The Foundation for Sarcoidosis Research, 320 W. Ohio St., Suite 300, Chicago, IL 60654. Condolences may be offered to the family at langefuneralhomeinc.com.
To send flowers to the family or plant a tree in memory of Garry Jennings, please visit Tribute Store
Wednesday
7
December

Share Your Memory of
Garry
Upload Your Memory View All Memories
Be the first to upload a memory!
Share A Memory
Send Flowers
Plant a Tree