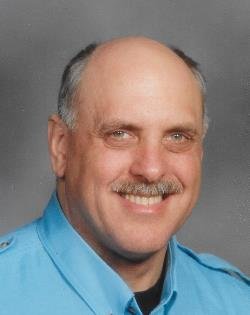 Peter D. Seeloff of North Carolina, passed away unexpectedly on Friday October 25, 2019. Born on January 24, 1947 in Lockport, he was the son of the late Carl and Grace Ball Seeloff. Peter was a graduate of the University of Buffalo and served in the U.S. Navy during the Vietnam Era from 1970 – 1974 on board the U.S.S. Lexington as a Personnel Admin in Pensacola, FL. Peter was a model train collector. His memberships included Virginia Train Collectors Association, Lionel Collectors Club of America and Lionel Operating Train Society.

Services will be held in North Carolina. Memorials may be made to ALS Foundation. Condolences may be offered to the family at langefuneralhomeinc.com.

To plant a beautiful memorial tree in memory of Peter Seeloff, please visit our Tree Store

Share Your Memory of
Peter
Upload Your Memory View All Memories
Be the first to upload a memory!
Share A Memory
Plant a Tree