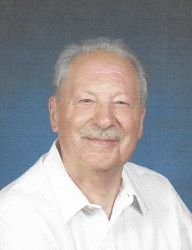 Obituary of Roy A. Rankie

Please share a memory of Roy to include in a keepsake book for family and friends.
View Tribute Book
Roy A. Rankie of Lockport, NY passed away on Sunday, December 12, 2020 in Millard Fillmore Suburban Hospital. Born on June 25, 1935 in Lockport, he was the son of the late Richard and Loraine (Sand) Rankie. He married the former, Thelma Dickinson on June 22, 1957 and she predeceased him on March 7, 2011. In 1933, Roy’s parents Richard and Loraine opened the service station that in 1952 became Rankie Hardware. Roy owned and operated Rankie Hardware until he retired in April of this year. He was a member of Raymond Hill Community Church and enjoyed fishing, boating and water skiing. Predeceased by his wife, Thelma Dickinson Rankie and his sister, Prudence (James) Allein, he is survived by his children, Bryan Rankie, Sandra (Philip) Morton, Deborah Rankie-McPeek and Patricia (David) Housel; seven grandchildren, Amandalynne Lamar, Melanie Morton, Alexis Morton, Jennalee Striffler, Erica Fruerschboch, Timothy Housel and Rachel Housel; great grandson, Nolan Weinheimer, sister, Barbara (John) Clare; several nieces and nephews and longtime friend, Marilyn Schaber. Private funeral services will be held at the convenience of the family. Memorials may be made to Raymond Hill Community Church. Condolences may be offered to the family at langefuneralhomeinc.com.
To plant a beautiful memorial tree in memory of Roy Rankie, please visit our Tree Store

A Memorial Tree was planted for Roy
We are deeply sorry for your loss ~ the staff at Lange Funeral Home, Inc
Join in honoring their life - plant a memorial tree
Online Memory & Photo Sharing Event
Online Event
About this Event

Look inside to read what others have shared
Family and friends are coming together online to create a special keepsake. Every memory left on the online obituary will be automatically included in this book.
View Tribute Book
Services for Roy Rankie
There are no events scheduled. You can still show your support by planting a tree in memory of Roy Rankie.
Plant a tree in memory of Roy

Share Your Memory of
Roy
Upload Your Memory View All Memories
Be the first to upload a memory!
Share A Memory
Plant a Tree