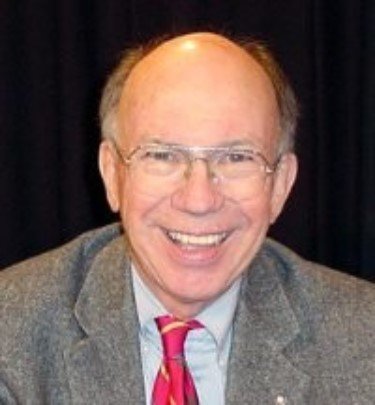 Please share a memory of Peter to include in a keepsake book for family and friends.
View Tribute Book
Whether it was in business, management or sailing upon Lake Ontario, Peter Wendel believed in keeping an eye on the horizon. The Niagara County-based civic leader and the former president of Wendel Engineers died early Tuesday morning. He was 88. “Real success comes about when you bring people together,” he once said. “But that only happens when groups find a way to reach out, think about more than what’s right in front of them.” Wendel spent the majority of his career with Wendel Engineers. As president from the mid-1970s until 1990, he transformed the company from a land surveying and municipal engineering group that employed 12 to a nationally recognized firm with now 15 offices and more than 400 employees. The company serves government, private and industrial clients throughout Western New York. “His philosophical approach to management and his personal style contributed to the success the firm enjoys today,” said Anthony McKenna, a former managing partner. After stepping down from Wendel Engineers, Wendel became a business consultant and life transition coach for an array of businesses in Western New York. In addition, he was an instrumental member to many regional organizations including the Rotary Club of Lockport, Leadership Niagara, Niagara County Community College Scholarship Foundation, Red Cross of Eastern Niagara County, Eastern Niagara United Way, Lockport Chamber of Commerce and the University of Buffalo Center for Entrepreneurial Leadership. His honors include Citizen of the Year by the Lockport-Eastern Niagara Area Chamber of Commerce and the Lockport Jaycees’ Distinguished Service Award. When Wendel wasn’t attending numerous planning or board meetings, he could be on Lake Ontario, where he loved to sail. A former commodore at Olcott Yacht Club, he was also a board member of the Lake Yacht Racing Association (LYRA). “Working with people makes me happy,” Wendel once said. “I like to be in a situation where I’ll help people and organizations grow. Then, I’ll go sailing.” Born in Lockport on May 24, 1932, Wendel is the son of Leon H. Wendel and Ethel (Bundy) Wendel. He graduated from Lockport High School in 1950 and went on to the University of Michigan, where he earned a degree in civil engineering in 1954. While at Ann Arbor, he also met Jane Harry and they married on April 2, 1955. After three years as an engineering officer in the U.S. Navy, Wendel returned to Lockport and joined his father’s engineering firm. A longtime booster of Lockport and Western New York, Wendel said, “This is my home. It’s the world that I believe in.” Wendel is survived by his wife of 65 years, Jane (Harry), a sister Lynn Copp, and his children: Tim Wendel (Jacqueline Salmon), Susan Och (Richard), Chris Wendel (Janie McNabb), Bryan Wendel (Wendy Scinta) and Amy Foster (Jeff). His son Eric died of leukemia in 1973. In addition, Wendel is survived by 11 grandchildren and three great grandchildren. A memorial service will be scheduled for later this year. Memorial donations may be made to the Lockport Rotary Foundation and the Roswell Park Comprehensive Cancer Center.
To plant a beautiful memorial tree in memory of Peter Wendel, please visit our Tree Store

A Memorial Tree was planted for Peter
We are deeply sorry for your loss ~ the staff at Lange Funeral Home, Inc
Join in honoring their life - plant a memorial tree
Online Memory & Photo Sharing Event
Online Event
About this Event

Look inside to read what others have shared
Family and friends are coming together online to create a special keepsake. Every memory left on the online obituary will be automatically included in this book.
View Tribute Book
Services for Peter Wendel
There are no events scheduled. You can still show your support by planting a tree in memory of Peter Wendel.
Plant a tree in memory of Peter

Share Your Memory of
Peter
Upload Your Memory View All Memories
Be the first to upload a memory!
Share A Memory
Plant a Tree