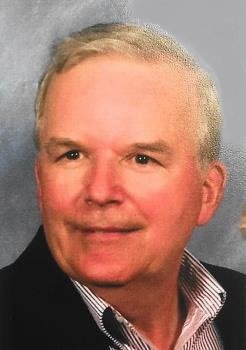 Please share a memory of Dennis to include in a keepsake book for family and friends.
View Tribute Book
Dennis D. Sheehan, loving and devoted husband to Patricia (Rose) Sheehan, passed away peacefully on April 3, 2021. He was the son of the late Duane and Virginia Sheehan and brother to Diane Strassel, Dean, Dana and the late Denise Sheehan. He is also survived by his sisters and brothers-in-law, Diana (George) LeCroy and Mary Ellen (Tim) Mulvey. He was proud to be called Uncle by Matthew (Sylvia) Calos, Ryan Mulvey, Gregory (Laura) Mulvey, Mark Strassel (Rebecca Rudell), Matthew Strassel, Amber Sheehan (Mike DeLoach), Natalie (Gilbert Rosado) and Kristin Valdiviezo-Perez. The joy of his life were his great nieces and nephews; Leah Mulvey, Charlotte and Henry Mulvey, Felix Calos, Audrey and Sadie Strassel. Dennis is also survived by his beloved friends, Norma Gonzalez and her daughters Jessica & Zureidy. He will be greatly missed by his faithful, constant companion, Lilly. After his cancer diagnosis 25 years ago, Dennis became an inspiration to those who witnessed his courage. He never complained and was always hopeful. He was a 1964 graduate of DeSales Catholic High School, proudly served his country as a medic in the USAF and retired from Harrison Radiator Division after 31 years of service. Golf was his game. From a young age, he often road his bike with golf bag on his back from his childhood home on Church Street to the Niagara County Golf Course. He loved the game and was always eager to share his “expertise” most generously with his brother-in-law and nephews. In addition to golf and being an avid NY Yankees fan, he enjoyed spending time with friends on the shooting range where he will be remembered for his quick wit and dry sense of humor. Private services to be held at the convenience of the family. Memorial donations to Carolyn’s House, YWCA of the Niagara Frontier, 32 Cottage Street, Lockport NY 14094 or to Lockport CARES, Inc., 188 Genesee St., Lockport, NY 14094 will be greatly appreciated by the family. Condolences may be offered to the family at langefuneralhomeinc.com.
To plant a beautiful memorial tree in memory of Dennis Sheehan, please visit our Tree Store

A Memorial Tree was planted for Dennis
We are deeply sorry for your loss ~ the staff at Lange Funeral Home, Inc
Join in honoring their life - plant a memorial tree
Online Memory & Photo Sharing Event
Online Event
About this Event

Look inside to read what others have shared
Family and friends are coming together online to create a special keepsake. Every memory left on the online obituary will be automatically included in this book.
View Tribute Book
Services for Dennis Sheehan
There are no events scheduled. You can still show your support by planting a tree in memory of Dennis Sheehan.
Plant a tree in memory of Dennis

Share Your Memory of
Dennis
Upload Your Memory View All Memories
Be the first to upload a memory!
Share A Memory
Plant a Tree